Mari Fedrow and her husband Jim have lived in Cambria for over seven years. Her past career as an educator included teacher, instructional coach, principal of two schools and school district administrator. Mari also worked with school districts across the country as an independent educational consultant in the area of leadership development. She brings knowledge and experience of strategic planning, setting and attaining goals, and building inclusive decision making to CCA.

Judy joined the Board in early 2019 as a member-at-large and became vice president in 2020. She has focused on helping the branches with technical, communications and strategy projects. Judy is also the Operations Director for the Cambria Film Festival, having served on the steering committee for the annual Festival since its inception. Judy’s career included executive positions in marketing, product development and corporate social impact for technology companies and nonprofits. 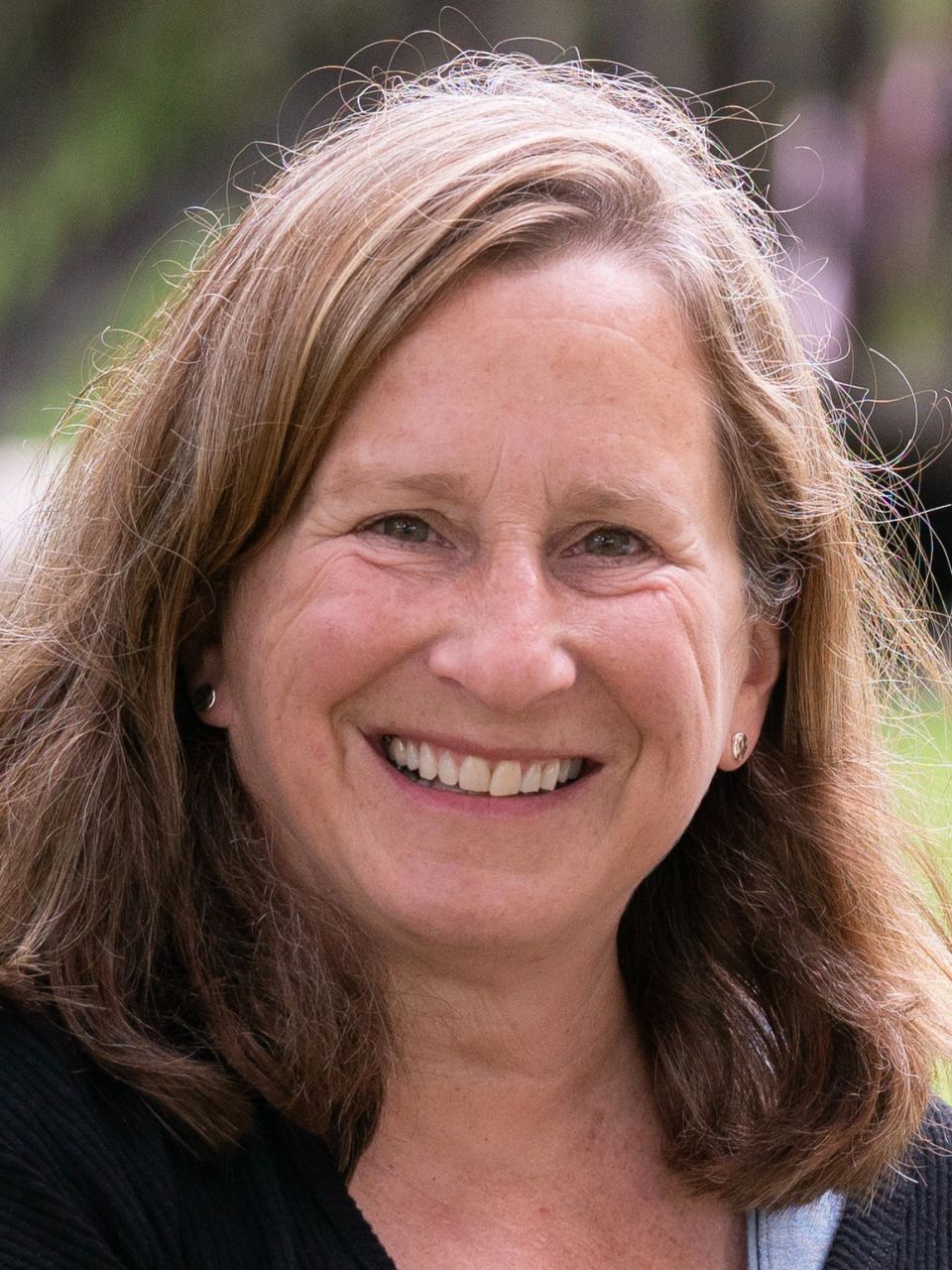 Dennis Frahmann grew up in Wisconsin, majored in English and philosophy at Ripon College, and then earned a master’s in journalism at Columbia University. After a short stint as a restaurant reviewer with Mpls. St. Paul Magazine, he spent most of his career as a marketer for several high-tech firms. Now retired, he lives on the Central Coast of California with his husband Robert Tieman. He is the author of four novels, including The Long Table Dinner, which is set on the Central Coast.  Dennis has been instrumental in the creation and continuing success of the Cambria Film Festival and is involved in numerous other civic and cultural activities serving Cambria, including being on the board of the Cambria Scarecrow Festival for the past 8 years. 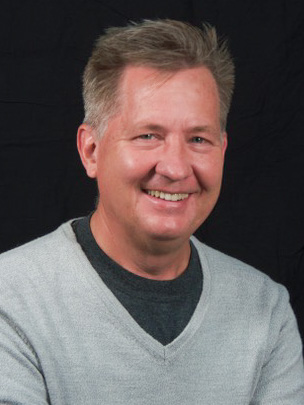 Ginny has been involved in the arts, and in volunteer service from an early age. She discovered Drama Club in high school and quickly gravitated to various behind-the-scenes duties. It was with the Genesians Drama Club that she held her first board position. Before coming to Cambria she worked for the Los Angeles County Department of Parks and Recreation in the Cultural Arts division, was elected to the Saddleback Valley USD Board of Education, where she served for 16 years, and also joined the board of the Friends of the Mission Viejo Library.  Since coming to Cambria in May 2017, she has volunteered with the Cambria Film Festival and helped out with “front-of-house” duties for CCAT performances. Ginny joined the CCA Board of Directors in 2019 as a Member-at-Large, and during this past year, she assumed the office of Secretary for CCA. She has enjoyed getting to know many dedicated people associated with the organization, and is a strong believer in the importance of the arts in our schools and community. 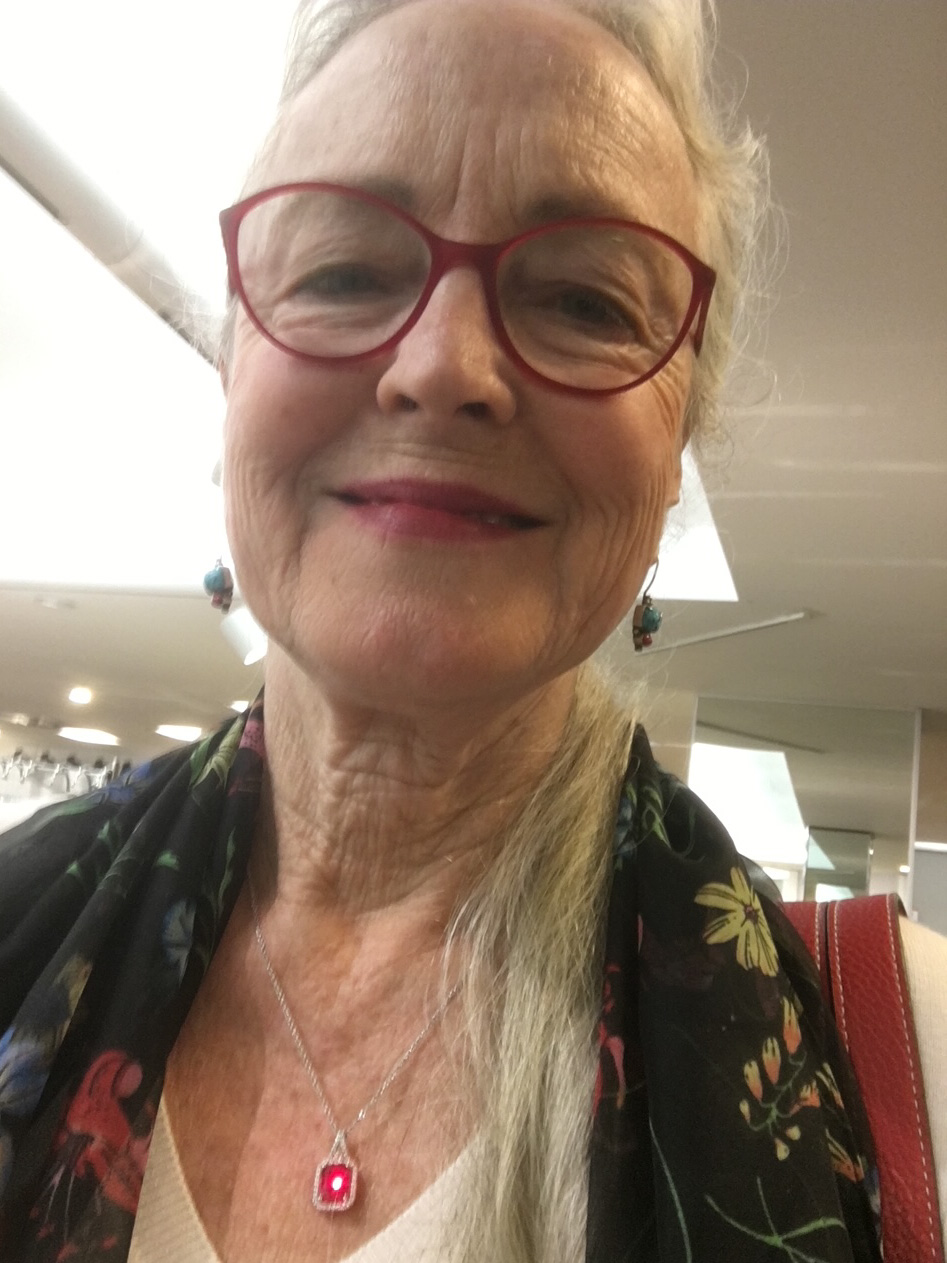 “I am dedicated to Cambria Center for the Arts and have worked for 4 years with the Gallery. Being retired from nursing, my husband and I teach clay to students at our home studio. My love of art and people has brought me to volunteer at the Gallery.
I have been the Marketing Director for the Gallery via newspapers and social media until just recently. I am currently the Gallery’s Volunteer Coordinator for over 30 volunteers. Lots of fun! Come join us! I am looking forward to being a committed member of our Board and learning how this all works! Thank you for this opportunity.” Jill is an accomplished actor/director and stand-up comedian who has been an integral part of the Cambria Center for the Arts Theatre for more than a decade. She has been seen on the CCAT stage in such productions as Who's Afraid of Virginia Woolf, Vanya Sonia Masha & Spike, Fuddy Meers,  Holiday Dinnertainment, and Menopause the Musical. Directing projects include Seascape, Quilters, Company, And the World Goes Round, andSomething's Afoot.  She looks forward to showing off all of the improvements in the theatre once the doors have opened!

Robert grew up in Austin, Texas, moving to California as an adult, where he established his career in the library world. After five years at the Getty Museum, he switched gears to become Archivist for the The Walt Disney Company. Researcher, guest speaker at fan conventions and cruise lines, and author of several books about Disney history, Robert enjoyed 22 years there.  After retiring, he moved to Cambria full time in 2013 with his husband, Dennis Frahmann. It was a perfect segue to join the Cambria Film Festival, and Robert serves on the film selection committee and is also one of the judges.

Helmut has had a varied career, including Audio/Visual Engineer, Web & App Developer, Photo- & Videographer, Drone Pilot, and – he reports -- sometimes, Artist.  Helmut is from the European Culture & Art Mecca: Vienna, Austria. He moved to the United States 20 years ago to the Southwest, and has lived for 7 years in Cambria with his wife and Art Collaborator, Dena.  Helmut says “Cambria Center for the Arts is a wonderful place in our little town as a communication and connection for artists and art lovers. I enjoy being part of the board to bring in my talents, knowledge and interest.” 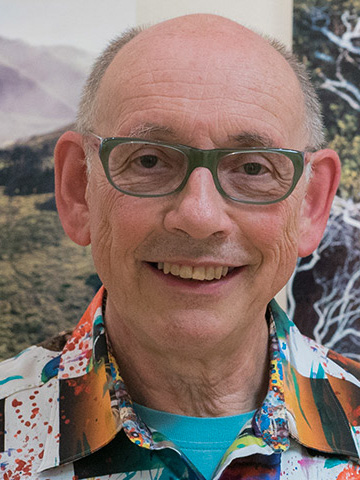 To chase her theater dreams in the early‘80’s, Jane moved from Texas to Southern California. She landed work to help build and run the Los Angeles Theater Center in downtown LA. The intense work with amazing new artists honed her skills as she worked on more than 200 productions as a staff lighting designer and technician in the 4 theater complex. Since that time, Jane worked in sitcom production, as a business software trainer and in print and online magazine publishing. After retiring to Cambria, she has returned to her first love of theater by volunteering at the wonderful CCAT. 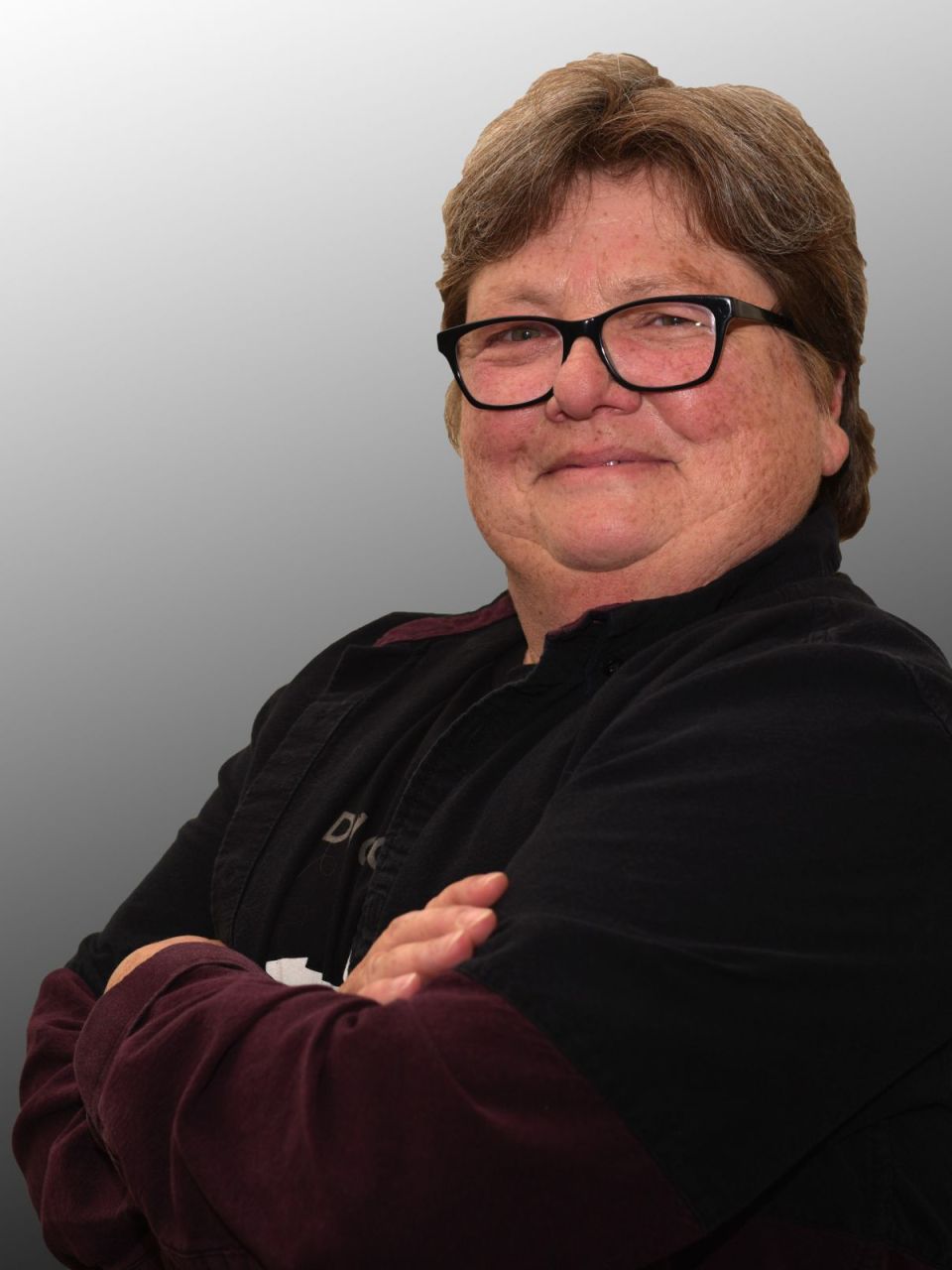 Bryce Prunty is a graduate of the Pacific Conservatory of Performing Arts and studied Theatre at San Jose State University. He has performed in several productions at PCPA and SJSU. At CCA, he has directed and performed in several stage productions in the last couple of years. During the day, he is an Executive Vice President for STAND 8 technology solutions company. 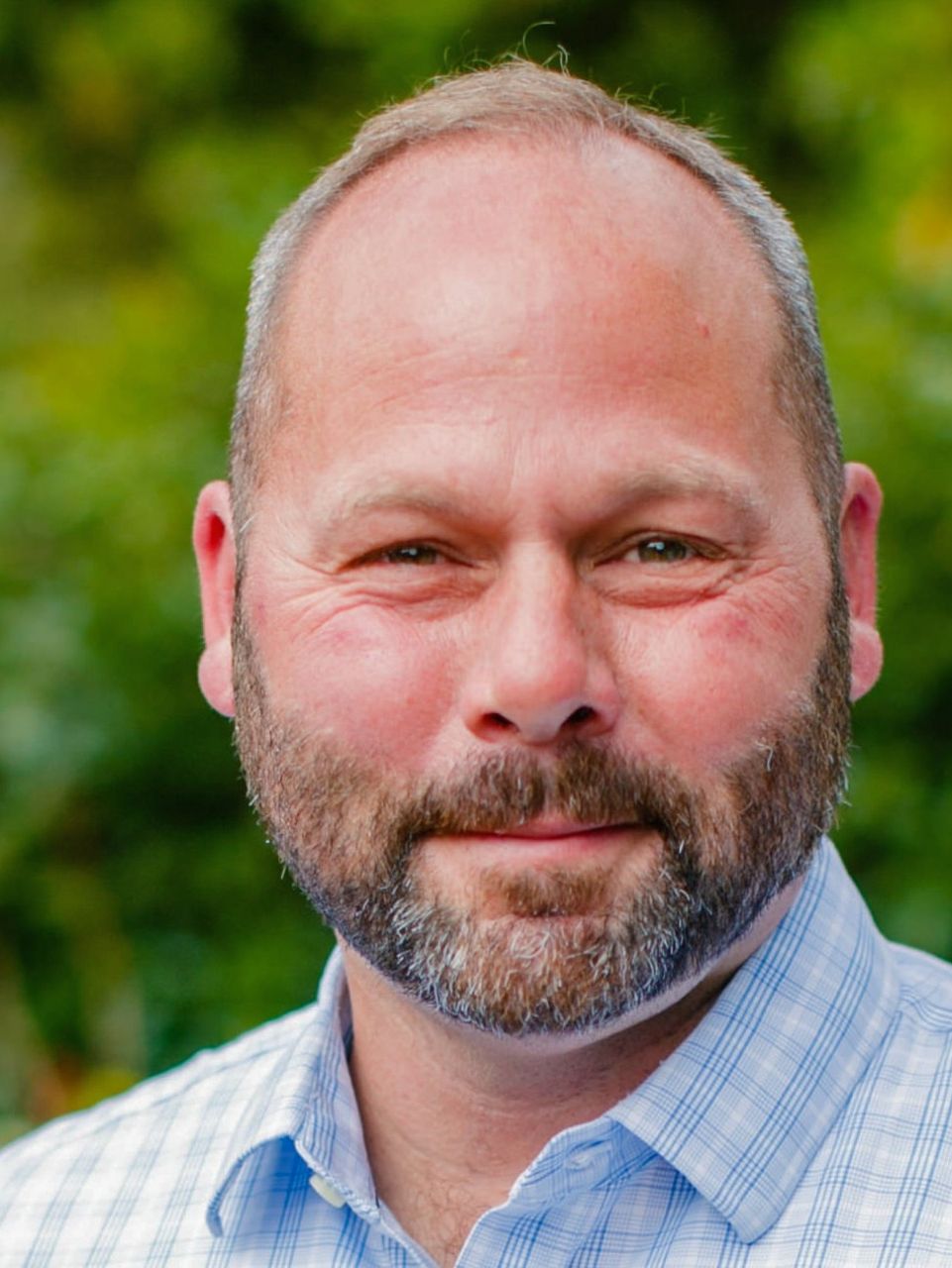 Ruth has faithfully served on CCA Board of Directors for many years. She has a background in theatre and music. She also serves as Historian, providing our board with important information about our organization’s past. Ruth also serves as a volunteer for theatre and film festival events.

Interested in serving on the Board or in a leadership position? Click below for more information or contact us to learn more! Email Mari Fedrow, Board President